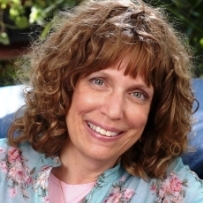 When a couple decides to build a family together, mostly happy thoughts cross the couple’s mind. Together, they dream of a healthy and beautiful child that they will both cherish, and they begin planning their life accordingly. However, those “happy” thoughts may be overshadowed when the woman develops a prenatal or postnatal form of mood disorder or anxiety-related disorder. Postnatal mood disorders, or Postpartum Reactions, are usually not included in the couple’s plan. At least one out of eight women develops a type of Postpartum Reactions, which can range from a mild disorder, such as “Baby Blues”, to the more serious, Postpartum Psychosis.

It is extremely common for women to feel confused about the different postpartum reactions. Many women have probably heard of Postpartum Depression (PPD) and the attending thoughts that it includes: feeling sad,”blue”, and tired. However, PPD is certainly more complex than that, and it ranges in different levels of severity. Therefore, the name Postpartum Mood Disorders (PPMD) has been applied to describe the range of reactions that women experience postpartum, and even prenatally.

What causes these maternal emotional disturbances and reactions to pregnancy? Etiologically speaking, perhaps some women carry genetic predisposition, or perhaps undue stress or hormonal changes may be at the root. “Hormones go up more than a hundredfold during pregnancy”, says Dr. Margaret Spinelli, who is the director of the Maternal Mental Health Program of Columbia University, as stated in the New York Times. After birth, hormones “crash”, which can serve to “disrupt brain chemistry”. therefore, PPD reactions should not be viewed as a character flaw or an inherent weakness.

It has been observed that there are certain risk factors that help contribute to a Postpartum Reaction. For example, women whose mothers experienced Postpartum reactions are more susceptible to experiencing reactions themselves. Environmental factors also play a role; the more stressors a woman has in her life, such as marital issues or financial strains, the greater the likelihood the woman will experience postpartum reactions. Internal stressors can be contributory, as well. When a woman comes form a family of high achievers, the woman might expect of herself the same level of productivity as she had prior to giving birth, leading to feelings of stress and discontent.

As mentioned previously, there are different reactions to Postpartum. One type of Postpartum Reaction is the Baby Blues. It affects eight out of ten mothers. This type of reaction entails a mild emotional reaction that is caused by sudden drip in certain hormonal levels during postpartum, and starts within the first three days after giving birth. This reaction can last up until three to four weeks. Symptoms include: irritability;tear-fullness ; exhaustion; sadness and anxiety. However, if symptoms persist beyond this span of time, one should seek professional help, for in some instances, it can escalate to Postpartum Depression.

Postpartum depression is a more severe postpartum reaction, and is a treatable medical illness that affects about 13% of women after giving birth. This disorder can eventually interfere with a mother’s ability to care for her baby and hampers handling other daily tasks. This disorder’s symptoms develop during the first three months postpartum. Postpartum depression can be hard to deferentially diagnose, as its symptoms, such as moodiness, is similar to “baby blues”. Additionally, symptoms include: exhaustion; tearfulness; dependency; sleeping and or/eating difficulties; feelings of worthlessness; loneliness; isolation; frightening thoughts involving fantasies; and feeling detached from the baby. Untreated postpartum depression may last for several months or longer.

Anxiety-related symptoms are very common during pregnancy and after birth, and it can appear alone co-occuring with depression. Under the umbrella of Postpartum Anxiety, there are other disorders that are included, such as: Postpartum Panic Disorder; Postpartum Obsessive Compulsive Disorder (OCD); Postpartum Generalized Anxiety Disorder (GAD); and Postpartum Posttraumatic Stress Disorder (PTSD). Those women who experience anxiety may feel nervous, frightened, restless and stressed. Some women experience having an intense apprehension about the safety and health of their babies. Additionally, women who have experienced such anxiety tend to feel overwhelmed by the responsibility of caring for a newborn, and “nerves” may interfere with the ability to handle everyday tasks. The latter may also be indicative of the presence of postpartum depression, as well.

In an article appearing in the Mispacha, Family First, Dassy Gordon, coordinator of the Nitza Jerusalem postpartum support Network, indicates that “people don’t associate anxiety with birth, but it’s very common”. Gordon has worked with mothers who grew deathly afraid of leaving their homes, or entering the elevator, or staying at home alone. The disorder becomes a vicious cycle: If the anxiety escalates into a full-blown panic attack, ” the woman starts feeling anxiety about having another attack,” according to Gordon. Usually, anxiety is focused on the woman’s baby, and the mother is overly concerned that the baby is healthy, developing properly, and appears happy. In severe cases, the disorder can further escalate into a form of Obsessive Compulsive Disorder, OCD, whereby the mother obsessively checks up on the baby, for instance, frequent monitoring of breathing and has to constantly self-verbalize that everything is under control. Gordon further notes that “women suffering form OCD know it’s illogical, but they feel out of control. Their brains are being manipulated”.

Women who suffer Bipolar Disorders have 50% rate of relapsing if they continue with their medication regimen while pregnant. The Hyponmanic phase typically occurs right after birth with displays of severe depression occurring often only several weeks later (Bipolar II). The symptoms and sequence often follow this path: depression-which appears intractable to therapy; a poor response to antidepressants; variations of intense anxiety; irritability; mood swings; and engaging in risky behavior. One out-of-50 Bipolar women can, unfortunately, develop Postpartum Psychosis.

Postpartum psychosis is a rare, but serious mental illness, which affect one out of a thousand women. It is more prevalent in women who have familial or personal history of bipolar or schizophrenia. Symptoms may include: irritability; restlessness; rapidly changing moods; confusion; erratic behavior; disorientation; hallucinations; agitation; hyperactivity and delusional thoughts. Women who suffer from postpartum psychosis are at great risk of either self-harm or subjecting their baby to harm. It is, therefore, crucial for a new mother who is experiencing such symptoms to immediately receive professional assistance.

Most people are unaware that the process can also affect fathers as well. A lesser known disorder that impacts fathers is known as Paternal Postnatal Depression (PPND), and it afflicts approximately 14% of fathers in the U.S. However, experts believe that the percentage is even higher because many men do not report their issues. It has been shown through several studies, that there is a strong link between maternal depression and PPND, as well as with fathers who are unemployed, first-timed fathers, or a father of a special needs child. Therefore, both mothers and fathers need be vigilant for signs, and should seek professional help expeditiously.

There are several choices of treatment for postpartum reactions. Included amongst the array of alternative treatments are psycho-therapy, medication, emotional support as well as physical support. Timely assistance is crucial for a healthy mother and child. Without treatment intervention, postpartum reactions can last for several months, and may have long term consequences for both parent and baby. There is researched evidence that strongly suggests that untreated postpartum reactions can hinder proper bonding between the mother and child, and may even lead to behavior problems, as well as developmental delays for the child.

A woman who is reacting to postpartum should not feel ashamed to accept help from family and friends. Additionally, it is helpful for mothers to spend time with other new mothers who can be supportive and sympathetic to their travails. It is also helpful that family members, especially a spouse, provide necessary respite and assist in household chores.

Adjusting to new motherhood is a challenge, and it is quite expected to feel overwhelmed; but with proper assistance, a new mother can enjoy her new baby and meet any challenges she faces in stride. 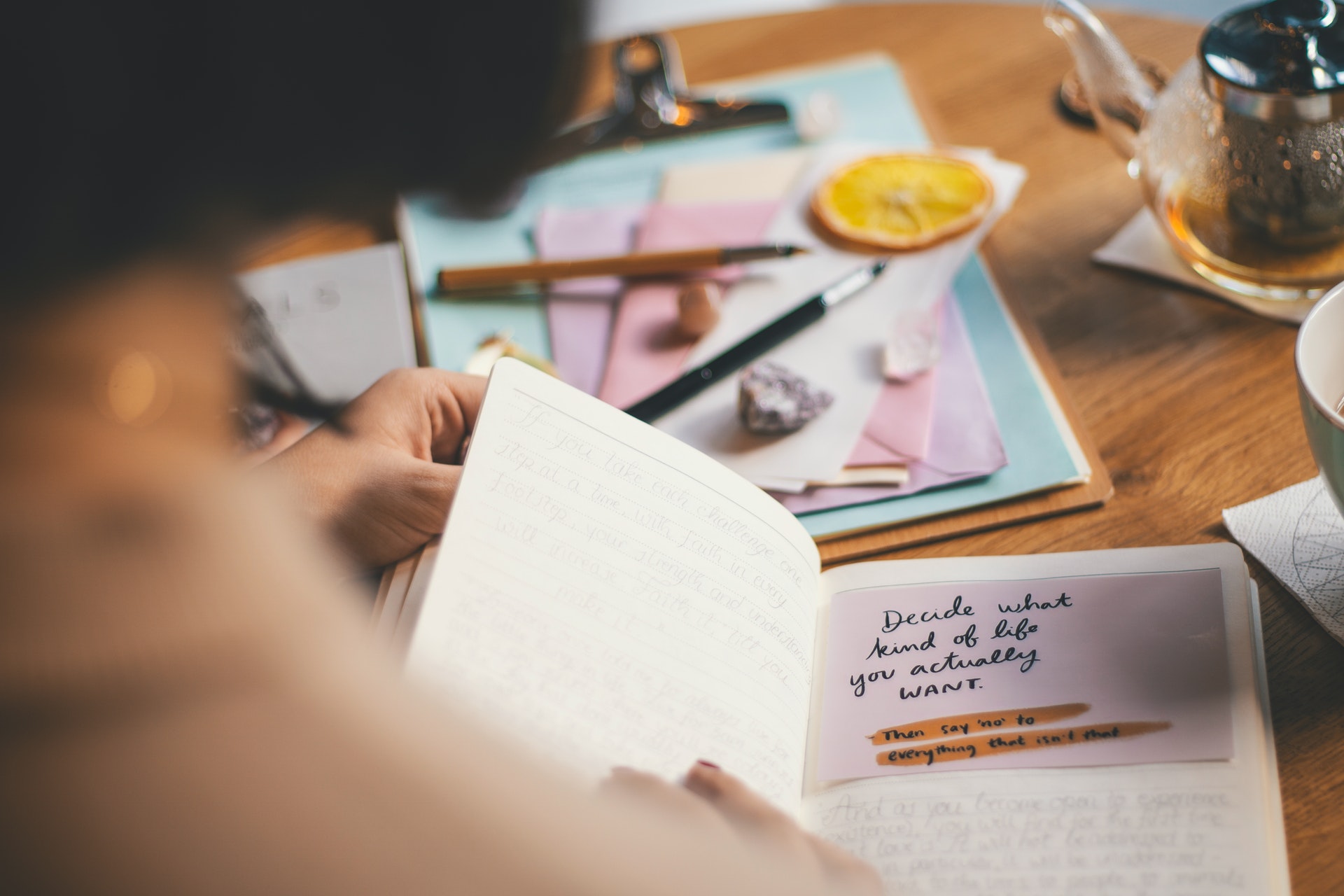 Taking a few minutes each day to practice introspection can create tremendous positive changes in the emotional quality of one’s life. Here are three powerful tools to discover your inner self. 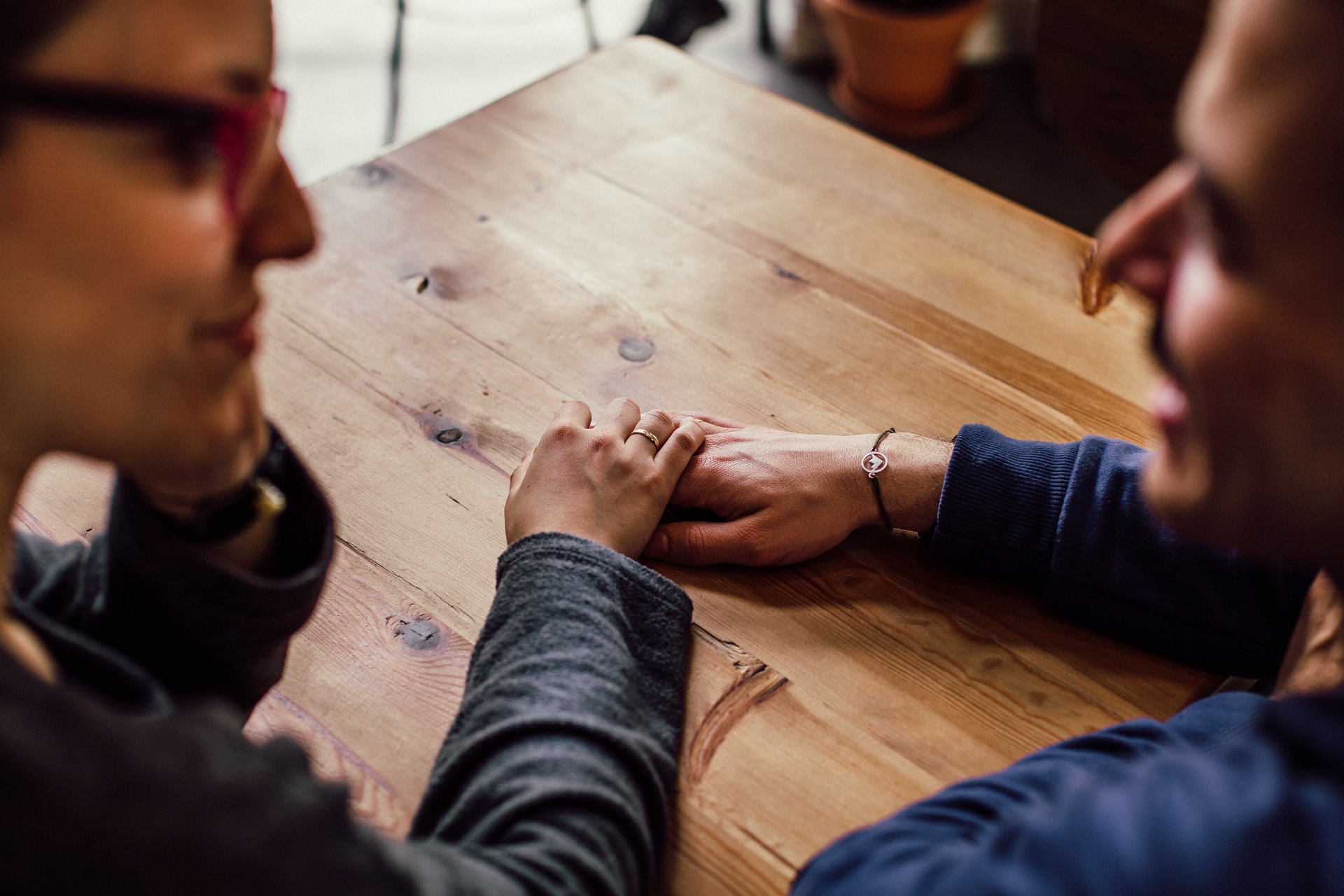 The Gamble of Listening to Your Teen

Teenage-hood is letting go of your child to become adults. It doesn’t help they have a few biological screws loose. How can you rise to this challenge? 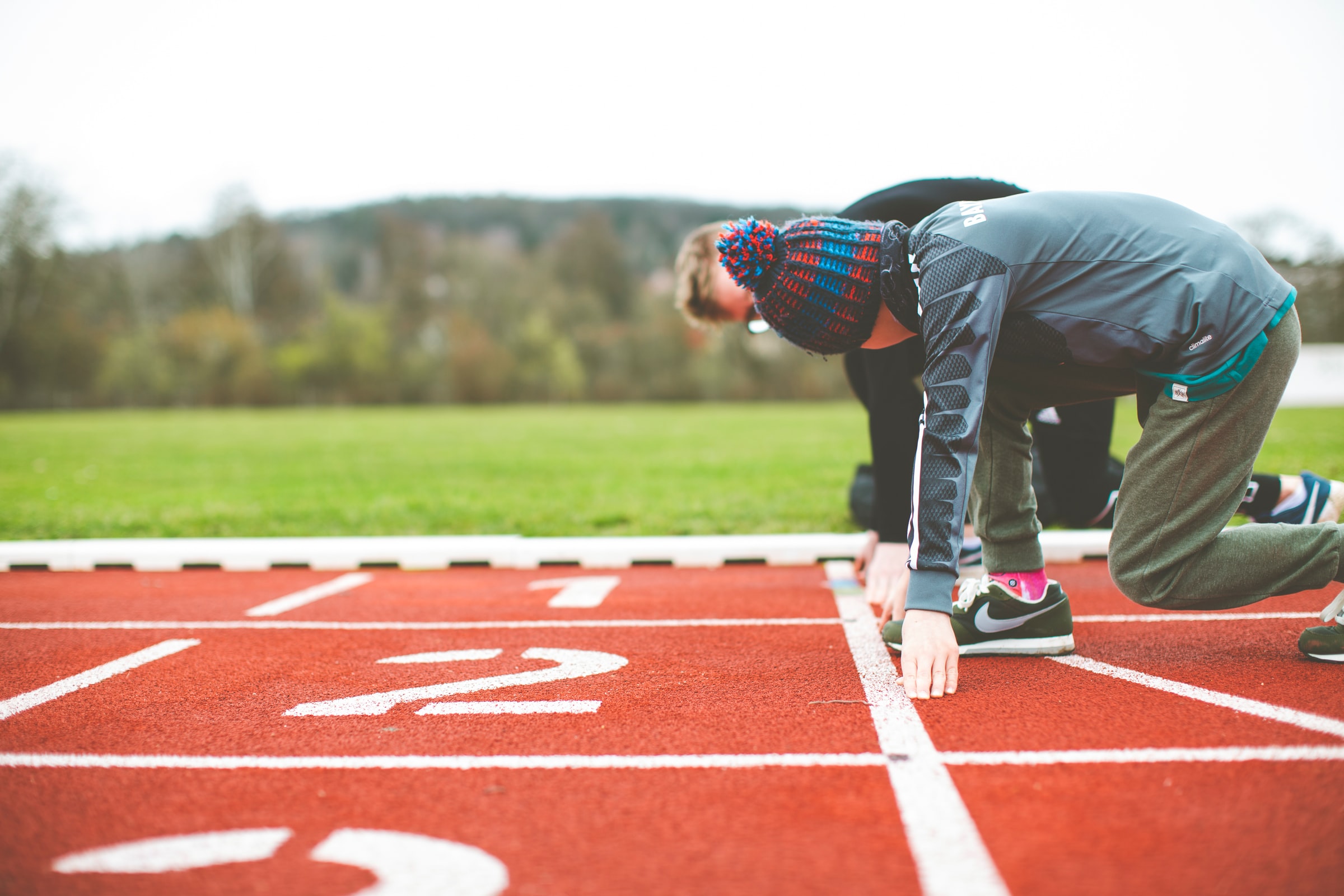 What I Learned in PE That Made Me a Better Parent

What my clinically depressed PE coach and endless laps around the gym taught me about how to avoid becoming a failure at life. 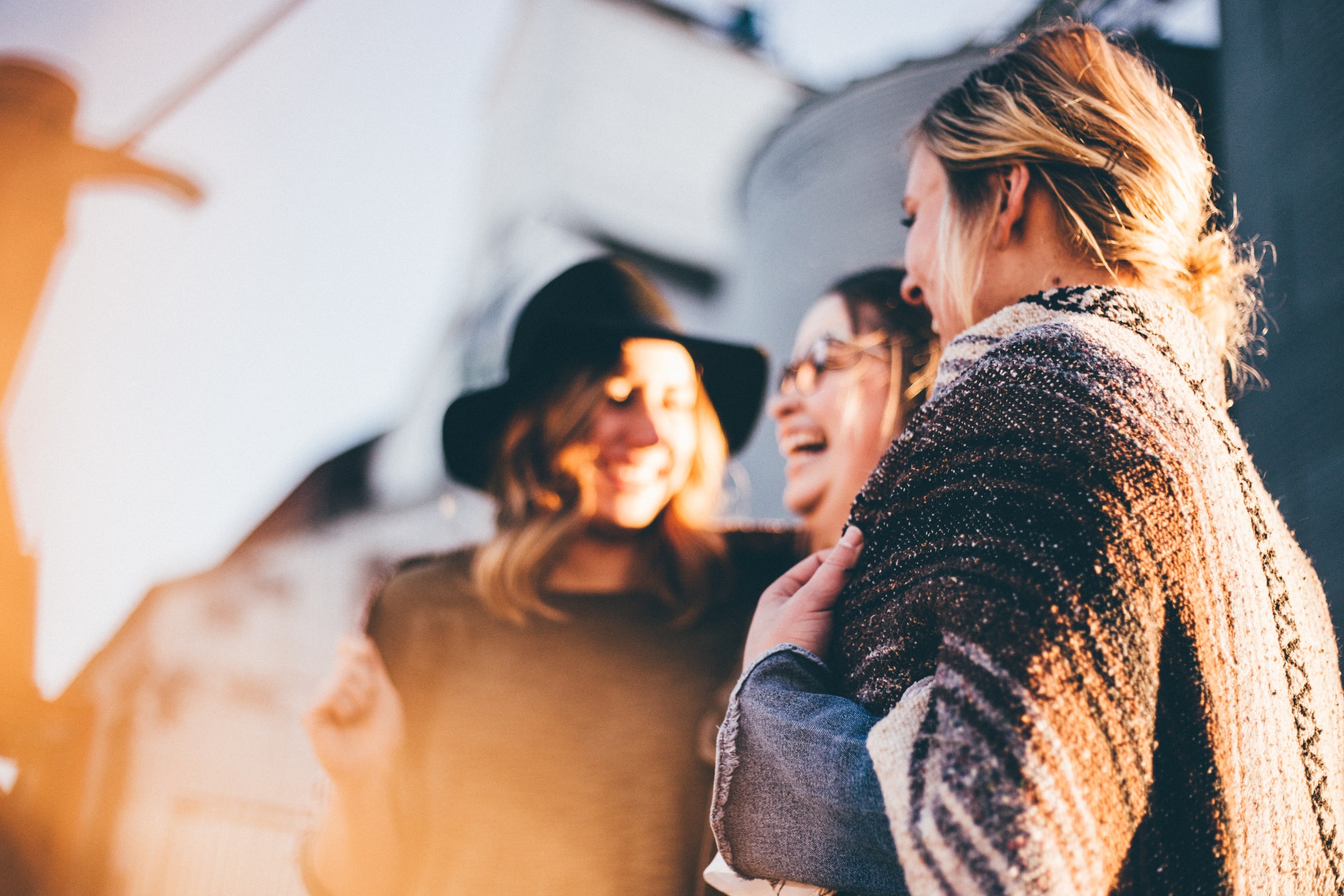 Strong relationships contribute to a long, healthy, and happy life. Here’s how to increase your health and happiness. 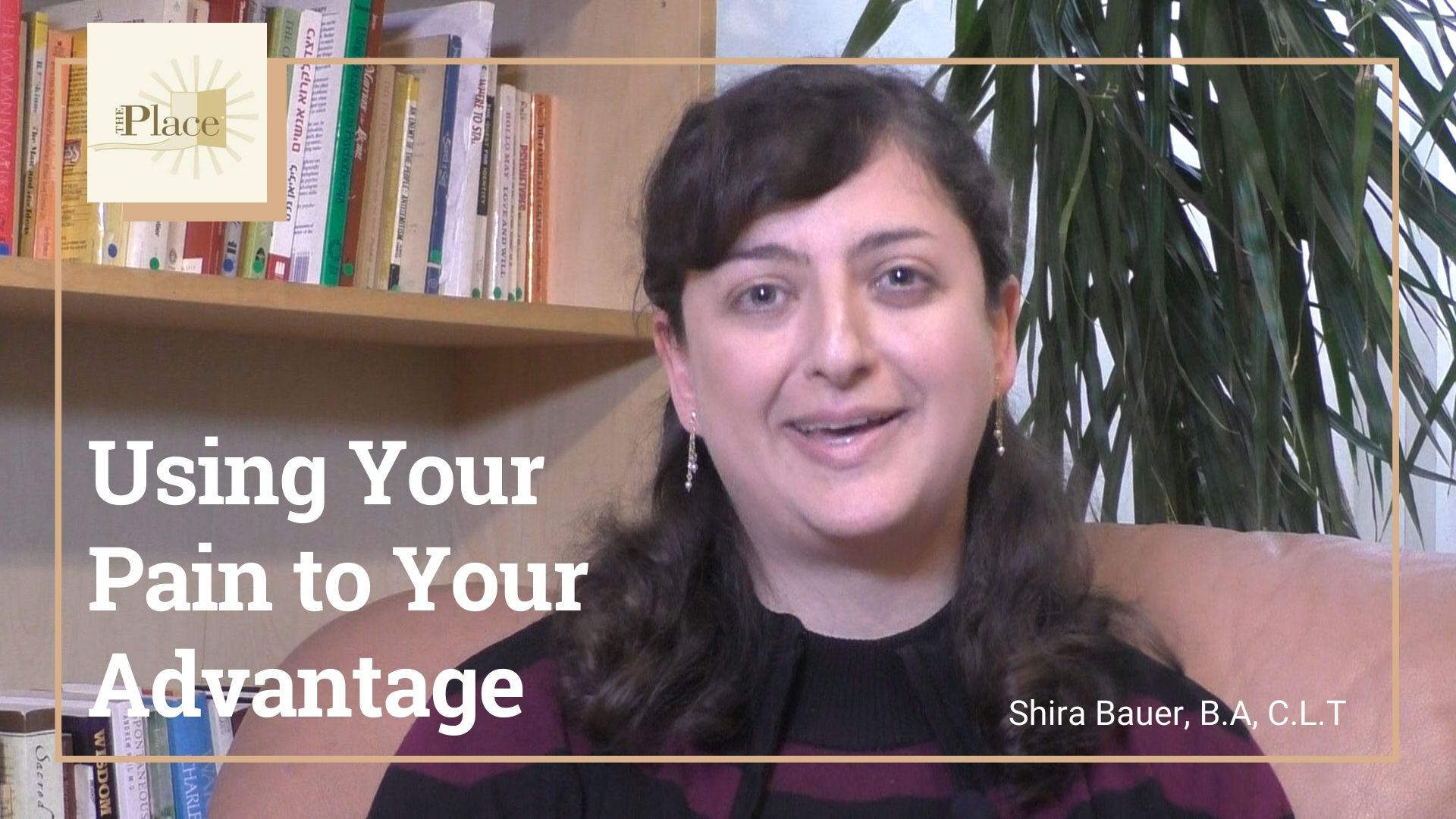 Using Your Pain to Your Advantage

How can you transform pain into strengths?